What Is Workers’ Compensation?

Workers’ injury compensation is mandatory insurance that provides payment for medical care to employees who are injured at work or who develop an illness related to their work. Workers’ compensation covers both obvious physical injuries, such as a fall from a ladder, as well as injuries incurred over a long period of time, such as repetitive stress injuries like carpal tunnel syndrome and back problems. It also may cover lost wages as a result of a disability.

Workers’ compensation laws were enacted in the U.S. to reduce the need for negligence lawsuits and to decrease the need for workers to prove in a court of law that their injuries were the fault of their employer. In 1902, Maryland was the first state to enact such laws. The first federal law was enacted not long after that, in 1906. By 1949, all states had some sort of work injury compensation program in place.

Who Pays for Workers’ Compensation Benefits?

In most states, employers must purchase workers’ compensation benefits for all their employees. Benefits are generally purchased from private insurance companies, although a few states have a state fund that covers work injury compensation payments.

Payments to injured employees are often a fixed amount based upon the type of injury, using a formula developed by the state. Payments may be made weekly (in place of wages), as a lump sum as compensation for past and future wages lost, as reimbursement or prepayment of medical expenses, or as benefits paid to dependents, if the employee is killed during employment. Unlike in personal injury lawsuits, workers’ compensation programs generally do NOT provide compensation for pain and suffering.

Most injuries that arise out of employment or that occur within the scope of employment are covered by workers’ compensation benefits. These discrepancies differ from from state to state.

An injury is usually NOT covered under workers’ compensation if it occurs as a result of:

• The employee is intoxicated and/or using illegal drugs.
• Self-inflicted injuries, including those caused by an employee who starts a fight.
• The employee committed a crime that resulted in injury.
• The employee violating company policy.

Workers Not Covered by Workers’ Compensation

Workers not covered by workers’ compensation programs also vary significantly from state to state. Some common exclusions include:

Note that part-time and temporary employees ARE usually covered. In addition, federal employees are exempted from state workers’ compensation programs but receive benefits through the federal program. Finally, there are special rules that generally apply to law enforcement employees and firefighters. 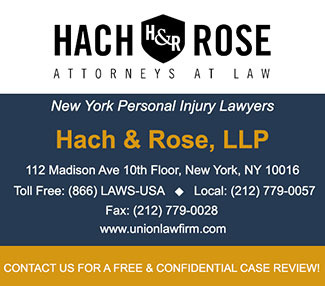 Latest On The Blog!!!

The information provided by this site is meant for informational purpose alone. It should not be considered as legal advice on any matter. This website is not responsible for creating a lawyer-client relationship between the user and us.